You can also use shaders with the particles. As we saw in the Particles lesson, animating each vertex of the geometry isn't an efficient solution for performance reasons. That is where the GPU comes in by animating those vertices directly in the vertex shader.

In this lesson, we are going to start with our particle galaxy. We will animate the particles in the vertex shader to make the stars rotate but at different speeds depending on the center's distance, and we will draw a pattern in the particles instead of those ugly squares.

The starter is almost the same as the Galaxy Generator lesson starter. The only difference is the spin formula is missing because we will do the spin animation in the shader. 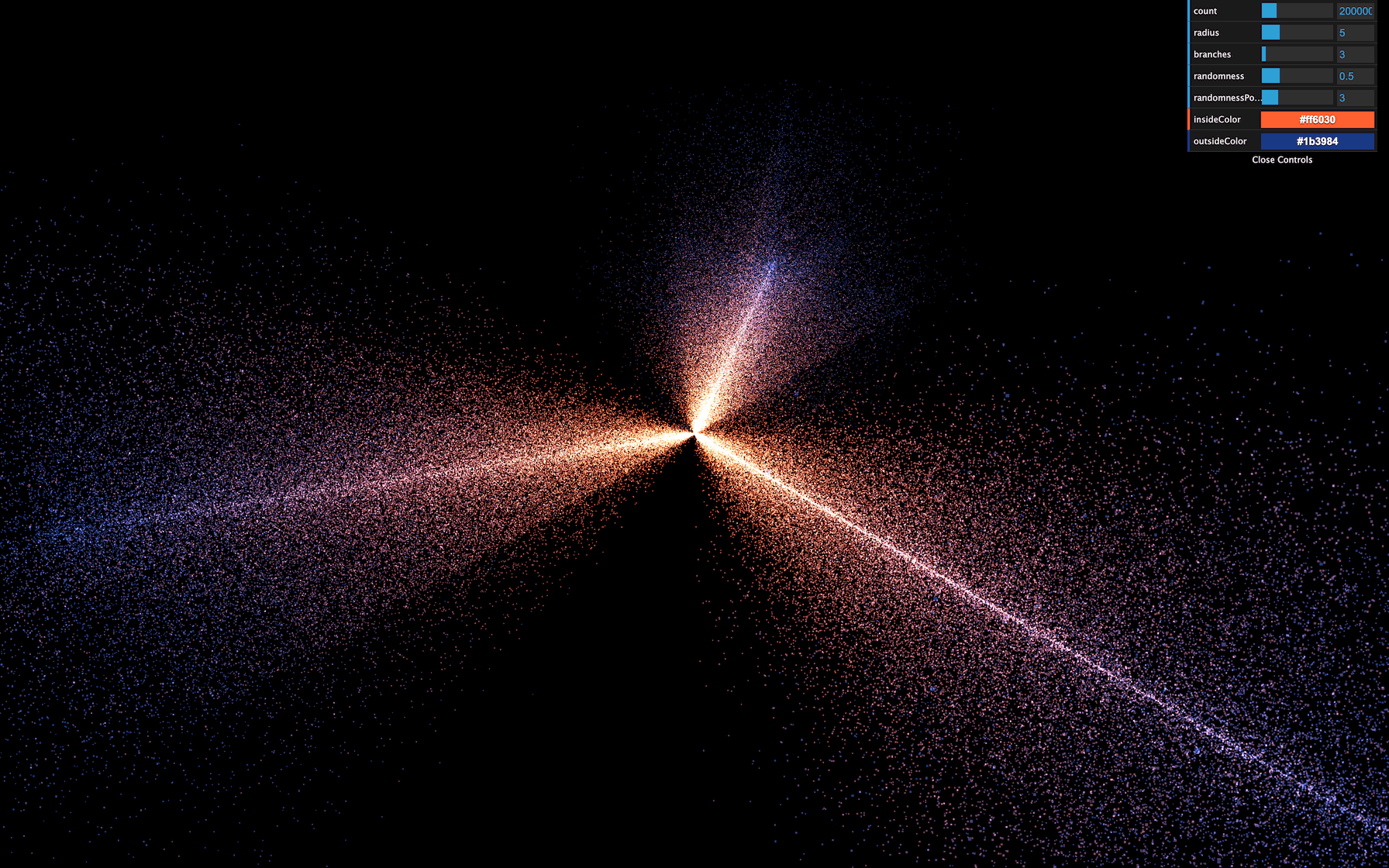 The particles are currently using a PointsMaterial, but we need to use a ShaderMaterial if we want to write our own shaders. 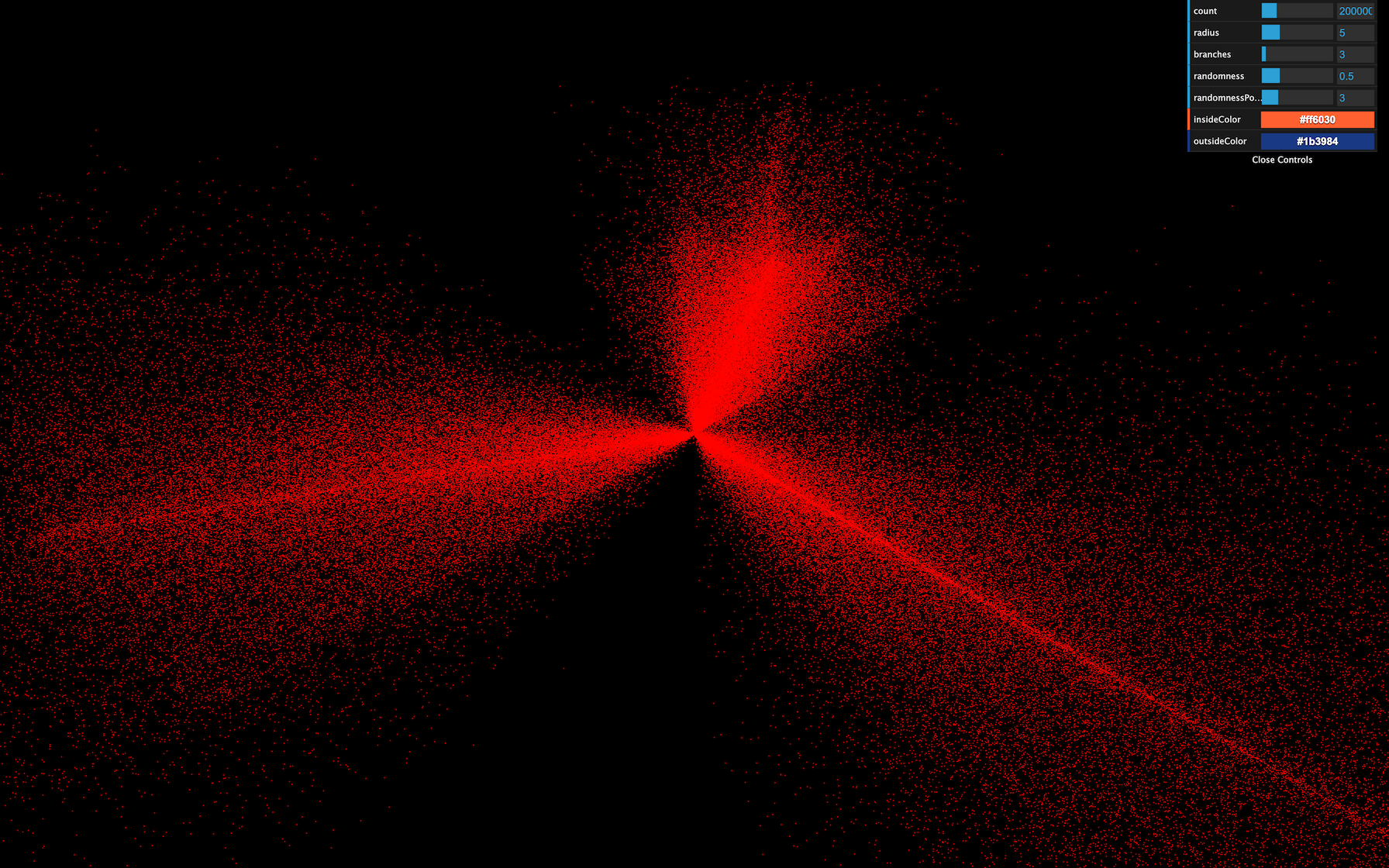 If you look at the logs, you should see two warnings telling us that the ShaderMaterial supports neither size nor sizeAttenuation. We will have to add these features on our own. For now, remove these properties:

Clearly, we need to provide our own shaders. Add the following vertexShader: 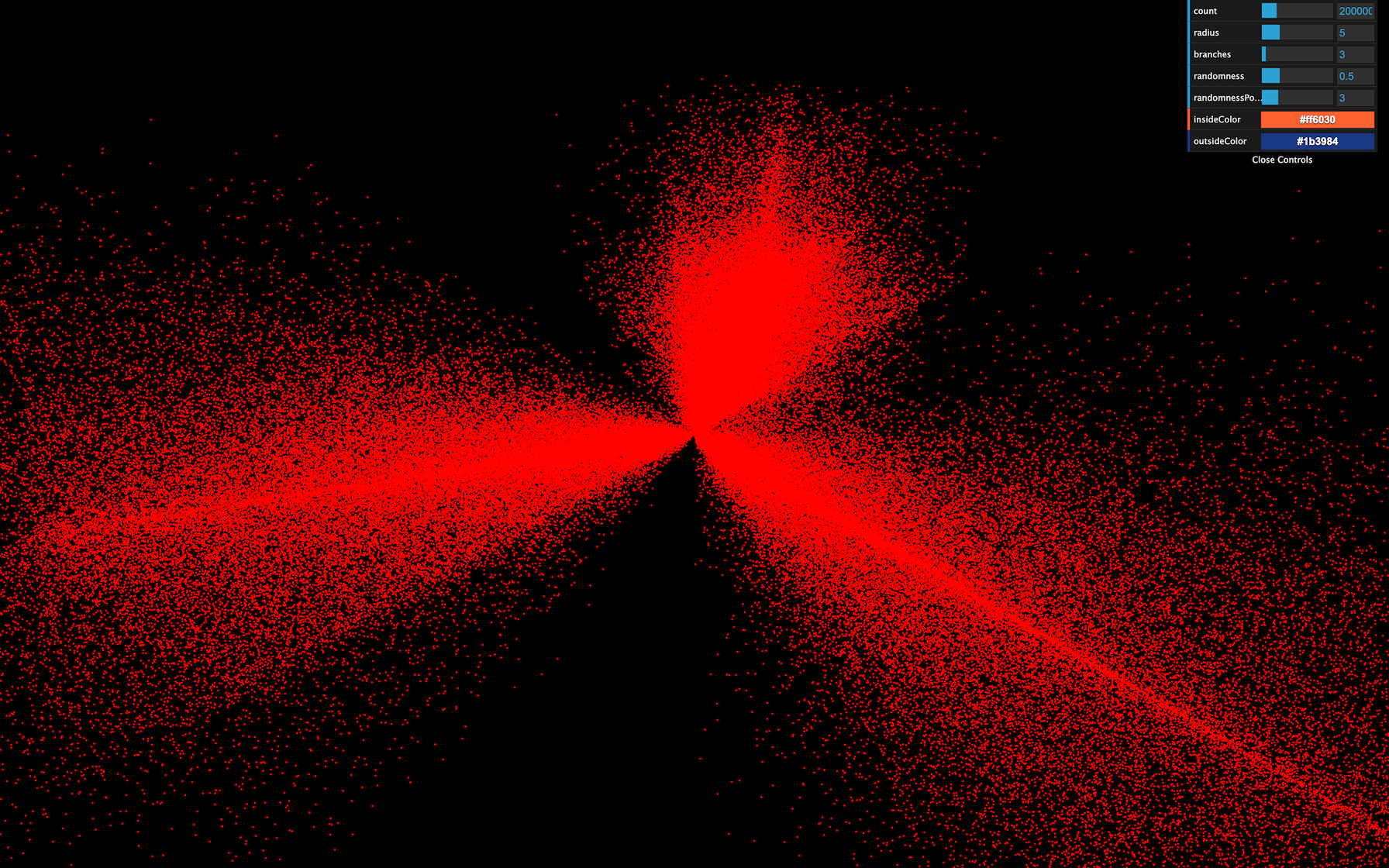 The beginning of the shader is the same as we've already seen. We update the position by using successively the modelMatrix, the viewMatrix, and the projectionMatrix. But then, we assign a new variable called gl_PointSize with 2.0 as the value.

gl_PointSize is precisely what you might think. The particles will have a 2x2 size, and you should see 2x2 particles regardless of the distance of the camera.

Before we improve the particles size, let's change the color.

The particles are currently red because we didn't provide any fragmentShader and Three.js uses a default one with a red output.

Add the following fragment shader with a white color: 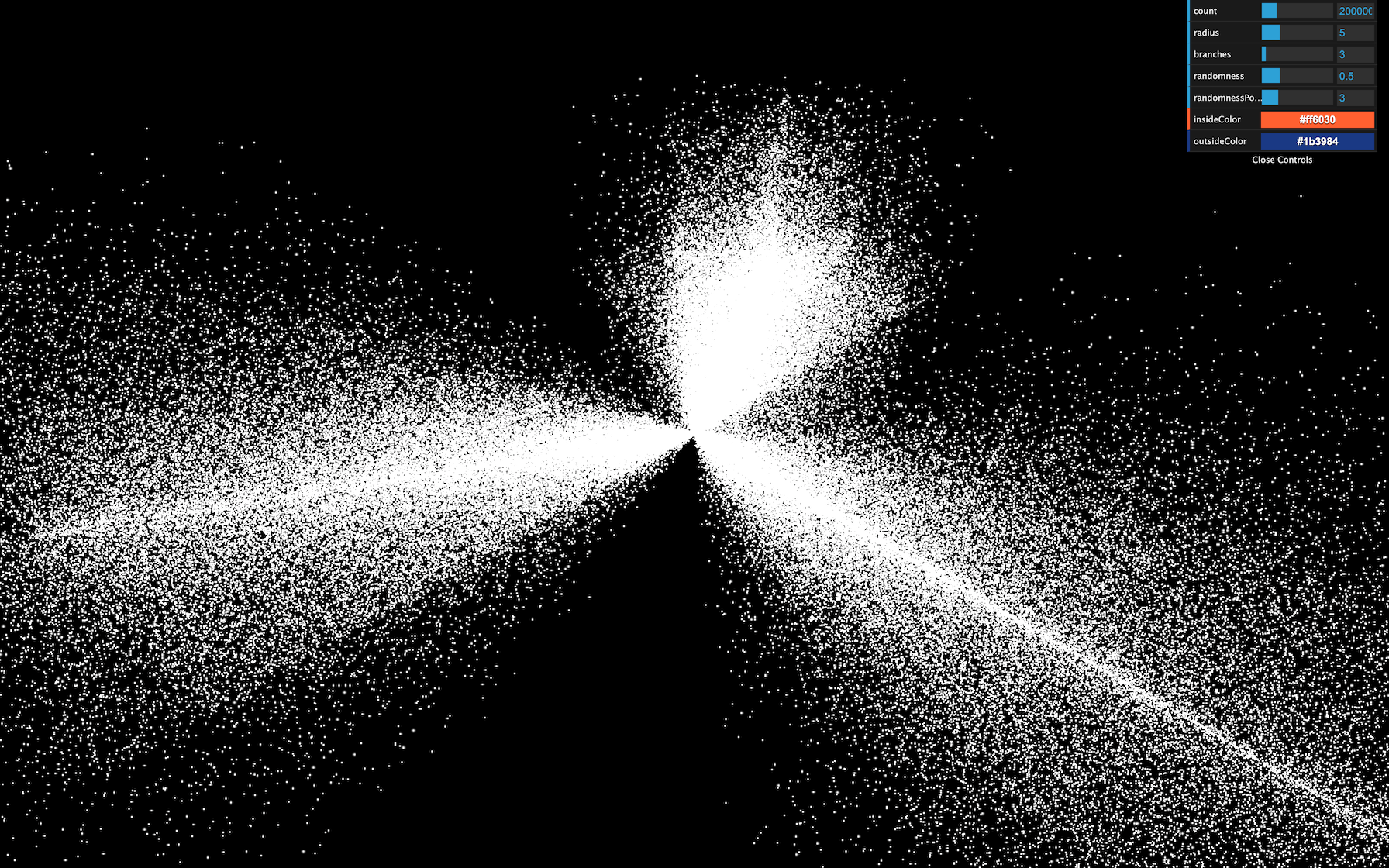 All the particles should be white.