To get access to 71 hours of video, a members-only Discord server and future updates, join us for only $95!

The way we loaded Three.js in the previous lesson is the easiest. Unfortunately, it has two main limitations.

First, we only have access to “core” classes. There are dozens of classes in this core and we can do a lot with those, but we don’t master everything. As an example, in a future lesson, we are going to need access to the OrbitControls class, which is not available in the core classes.

Secondly, when opening an HTML file like this, your browser won’t let JavaScript execute any instructions. As an example, you won’t be able to load local files like textures or models. This is actually a good thing for security reasons. You don’t want a script to be able to load files from your computer just because you opened an HTML file that you thought was safe.

But still, we need to be able to run JavaScript code as if it were an online website and to do that, we need to run a local server.

There are many ways of handling those issues, but the simplest solution is to use a “build tool” or “bundler”.

There are many build tools available these days and you’ve probably heard of some of them like Webpack, Vite, Gulp, Parcel, etc.

They all have various features with pros and cons, but we are going to use a very specific one in the following lessons.

Nowadays, the most popular build tool is Webpack. It’s widely used, it has a great community and you can do a lot with it. But while Webpack is the most popular, it’s not the most appreciated.

In fact, the most appreciated build tool these days is Vite (French word for "quick", pronounced /vit/, like "veet”). It’s faster to install, faster to run, and less prone to bugs. Ultimately, the developer experience is much better.

Initially, all Three.js Journey exercises were running on Webpack and most lessons have been recorded like that. But now, exercises are running on Vite. Don’t worry, I’ve configured Vite so that the files and Vite’s behaviour look very similar to the Webpack configuration.

This is not a lesson about Vite, but because I can’t help myself, I’m going to explain a few things about it.

As mentioned earlier, Vite is a build tool. The idea is that we are going to write web code like HTML/CSS/JS and Vite will build the final website. It’ll also do a bunch of things like optimizations, cache breaking, source mapping, running a local server, etc.

While Vite handles the most basic needs, we can also add plugins in order to handle more features like exotic languages, or special files. We are actually going to add a plugin later in the course, which will be able to handle GLSL files in order to create custom shaders.

Vite was created by Evan You, the creator of Vue.js, and is highly maintained by hundreds of developers.

Included in this lesson, you’ll find a starter zip file and a final zip file that you can download with the buttons right below the player.

Most following lessons will work just the same and I’m going to explain how to use those files in order to complete the exercises as you follow the lessons.

If you are having any kind of issue, there is a section right after this one where I enumerate classic issues. If you still can’t make it work, as a member of Three.js Journey, you get access to a private Discord server. Click on the Discord button (top right corner) of this page and share your issue there. We will help you out.

First, you need to have Node.js installed on your computer.

Node.js enables running JavaScript on your computer outside of a browser. It’s great to run various tools like Vite, it has been around for many years and is very popular.

If you don’t know if Node.js is already installed or which version is installed, open your Terminal (MacOS) or Command Prompt (Windows) and run node -v.

If the answer tells you that the node command isn’t recognised, then it’s not installed.

If it’s installed, the answer will contain the current version. Make sure it’s updated to the last version. Vite currently works with version 14.18 and above, but I recommend you always have the LTS (Long Term Support) version of Node.js installed.

To install or update Node.js, go to https://nodejs.org/en/, download the “LTS” and install it with the default settings.

Close your Terminal (MacOS) or Command Prompt (Windows), re-open it, and run node -v again to check the version.

Now that we have Node.js installed on our computers, we can run the starter.

Download and unzip the starter zip file (right below the player).

Again, we need to run some commands in the terminal. You could use the Terminal (MacOS) or Command Prompt (Windows) as we did earlier, but I actually recommend you to run the terminal integrated into VSCode (if you are using VSCode like me). Launch VSCode and press CMD + J (MacOS) or CTRL + J (Windows) to open the integrated terminal.

If you do so, the following commands will be the same regardless of your OS.

The terminal works a bit like your file explorer and you need to be in the right folder to run the commands. In our case, we need to move our terminal into the project folder that we’ve just unzipped.

You can use cd followed by the name of the folder to browse in it. You can also use cd (with a space at the end), and drag and drop the folder. You can test where you are with pwd and list the files in the current folder with ls.

Now that we are in the project folder, we need to install dependencies. “What dependencies?” you might ask? Well, we have two dependencies with this project: Vite and Three.js.

To install them, run npm install from your terminal.

Wait for a little while and you should see a node_modules folder being created in the project folder.

When we installed Node.js, we automatically installed NPM. NPM is a dependency manager that will fetch the dependencies listed in the package.json file and install them in the node_modules folder.

We are almost ready and we can now ask Vite to run the server.

To do so, while still in Terminal and in the project folder, run npm run dev.

Wait a second or two and the website should open in your default browser with “Soon to be a Three.js experience” written on the page.

If everything’s worked out, you can skip this section.

If you’ve had issues along the way, I’m going to enumerate some classic troubleshooting and how to fix those issues.

Make sure your terminal is opened in the project folder.

Use the pwd command to display the folder in which the terminal is currently.

Use the cd (with a space at the end) command, drag and drop the folder, and then press Enter to move the terminal into that folder.

If your project folder is nested very deep in other folders, you might end up with a path so long that Node.js can’t handle it.

Move the folder up and make sure to move the Terminal accordingly before trying again.

Be careful with tools like OneDrive, Google Drive, Dropbox, etc. that will “save” your files online.

They can mess up your Node.js dependencies.

Try to move the project outside of those “saved” folders.

Special characters in the path

Avoid having special characters in the path from the root of your computer down to the project.

Ideally, you should only have lowercase letters, numbers, dashes, and underscores.

MacOS might ask you to install “Xcode Command Line Tools”.

It’s usually a harmless warning, but sometimes it prevents the Node.js project from running.

If you want more info, follow this article. But to sum it up, just run xcode-select --install from your terminal and follow the instructions.

Sometimes, permissions are messed up and NPM can’t install the dependencies.

If you know what you are doing, try to fix the permissions. Otherwise, delete the folder, re-download the starter and follow the instructions again.

If you can't find the problem, go to the course's Discord server and share any information you have. We will help you out.

More about the Vite template 28:41

Here are a few things you need to know about the Vite template before we continue:

Here's the easy part. We want to get our Three.js scene back in this Vite template.

First, we need to add the <canvas> to the src/index.html file:

Now we need to add the same JavaScript code from the previous lesson in the /src/script.js file. The only difference is that we need to import Three.js first.

To import Three.js, we need to write the following line at the very start of the /src/script.js file:

This will import all core classes of Three.js inside the THREE variable. The three module is in the /node_modules/ folder, but you don't need to touch it.

Then we can follow with the same code as before:

If the server was already running, open the page (no need to reload).

If not, run npm run dev from the terminal, and the page should open. 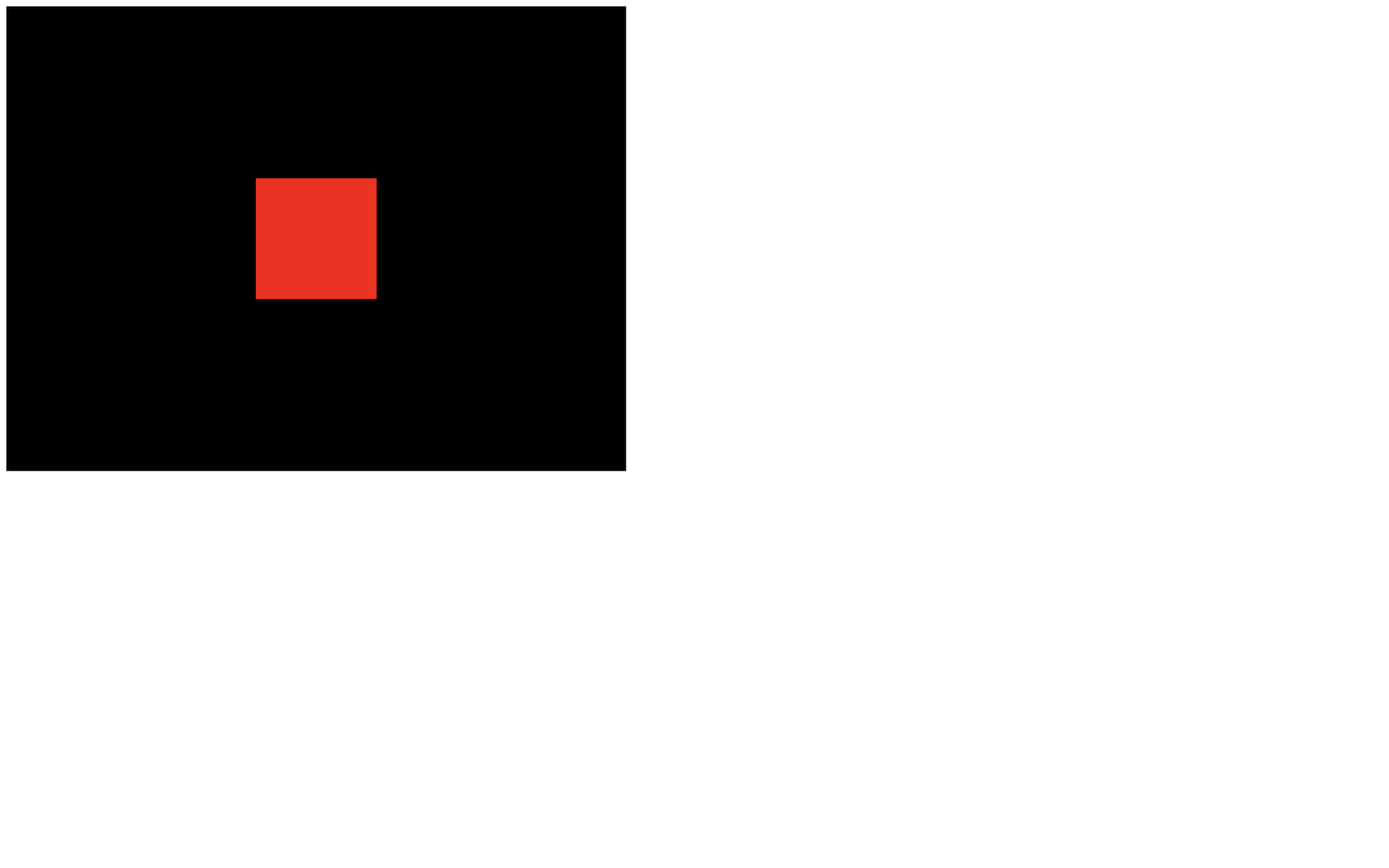 And that’s it. We have the same code as the previous lesson running, but this time with a build tool taking care of the local server and doing a bunch of other optimisations for us.

If you are not confident about doing that again on your own, don’t worry, we are going to do it together in the next lesson.

Again, most of the following lessons have been recorded using Webpack and you might see slight differences. You should be able to ignore those differences.

If you get stuck and need help, join the members-only Discord server: